Domestic violence (DV) and intimate partner violence (IPV) affects millions of Americans, people of all genders, of every race, religion, culture and status. It’s not just punches and black eyes — it’s yelling, humiliation, stalking, manipulation, coercion, threats and isolation. It’s stealing a paycheck, monitoring activities online, non-stop texting, constant use of the silent treatment, or calling someone stupid so often they believe it.

Nearly three out of four Americans personally know someone who is or has been a victim of domestic violence. Now is time to take a stand. Support survivors and speak out against domestic violence all month long. If you need assistance or want to talk to someone about domestic violence, call 360.715.1563 anytime to speak with an advocate.

You can choose to play a key role in ending violence. Find out how HERE.

Domestic Violence in the Workplace Handout

Responding to Domestic Violence: A Toolkit for Faith Communities in Whatcom County

This is not illegal. But it is domestic violence. 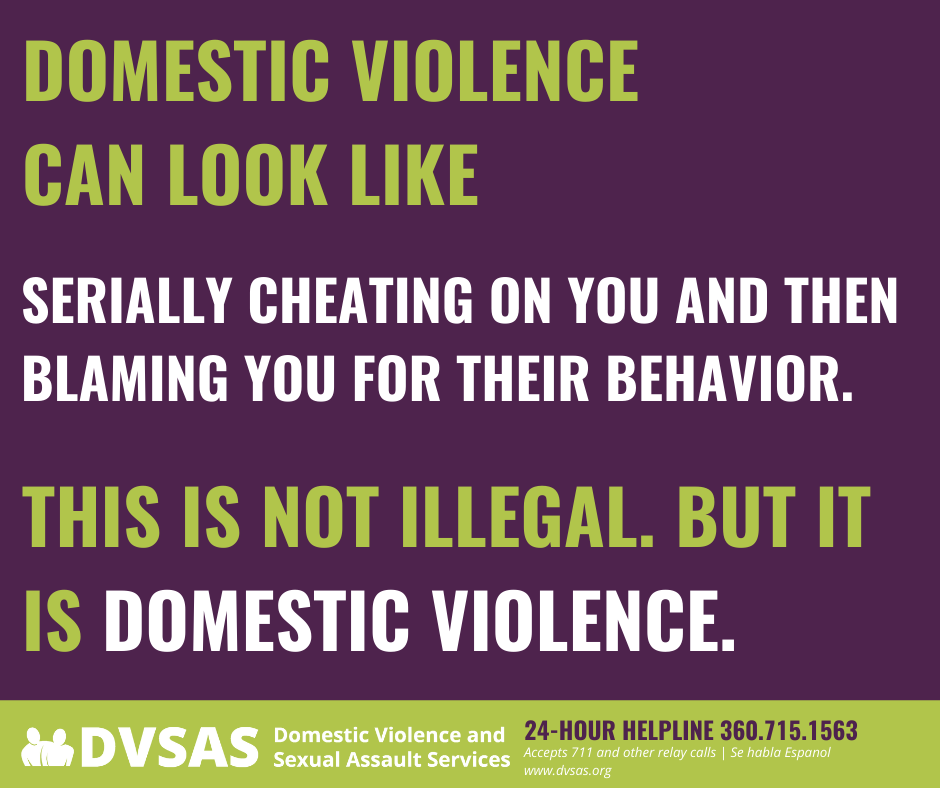 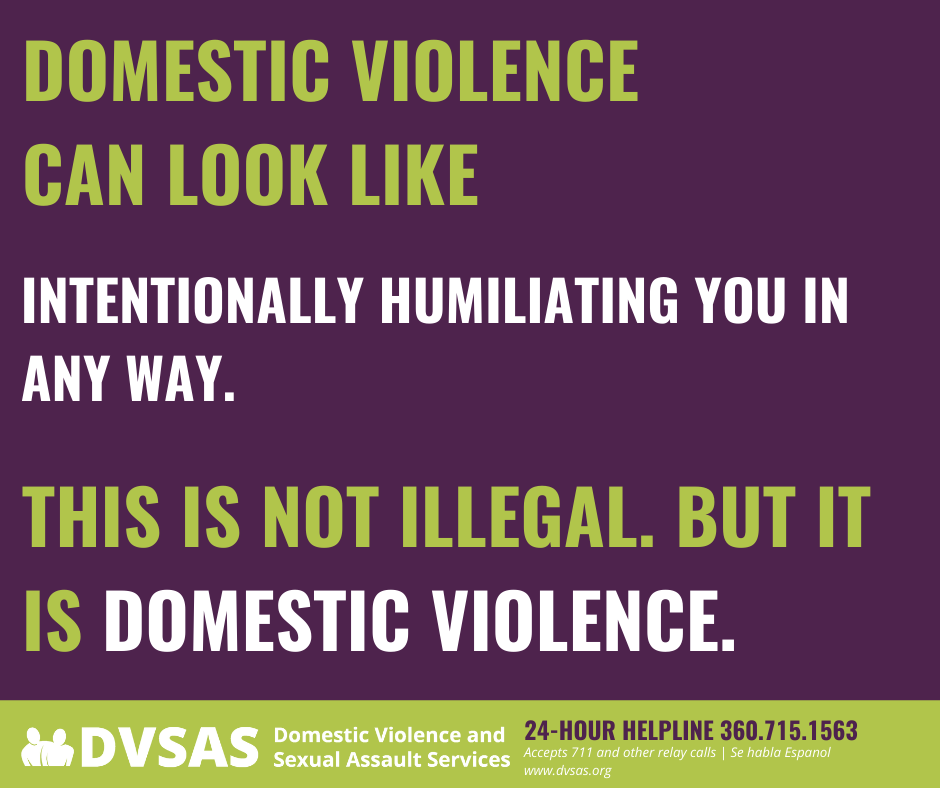 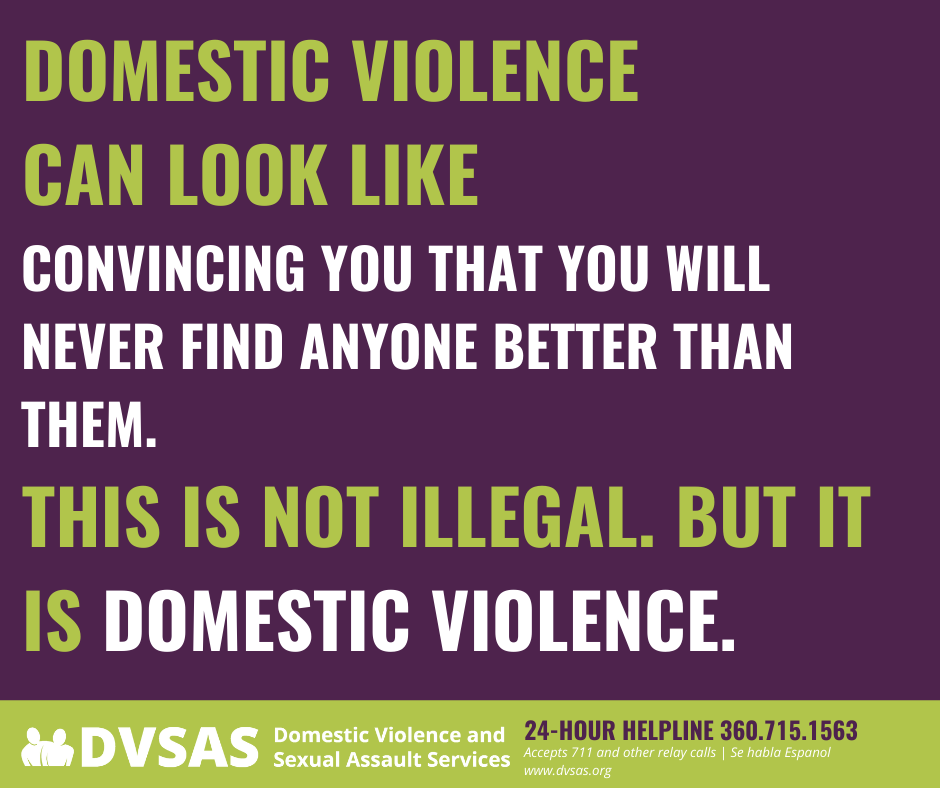 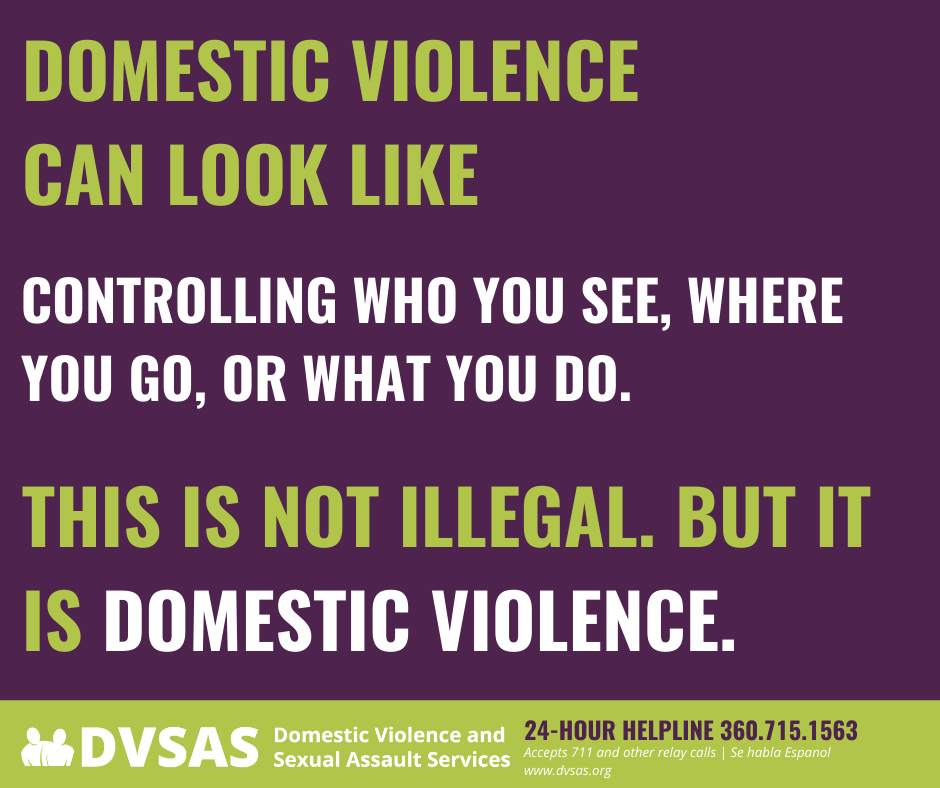 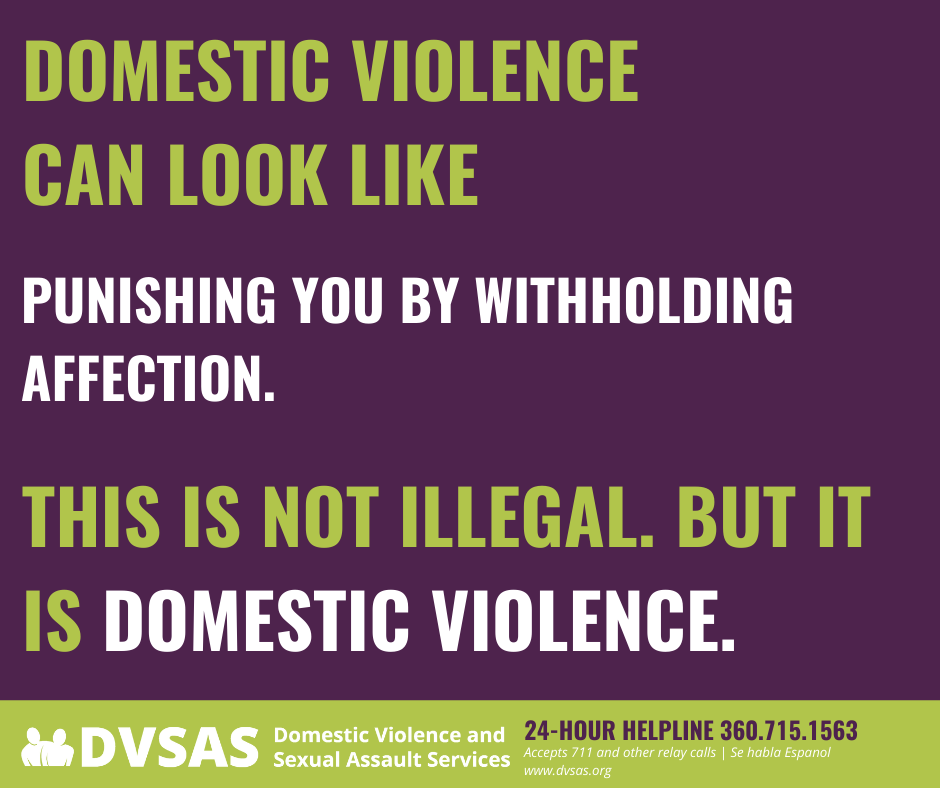 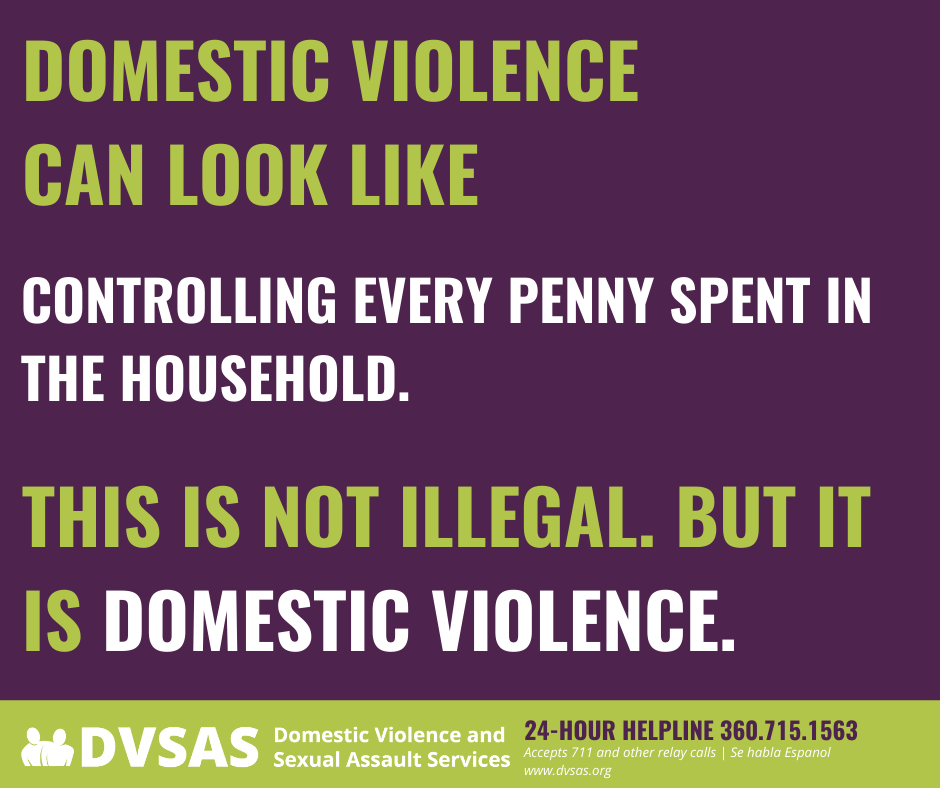 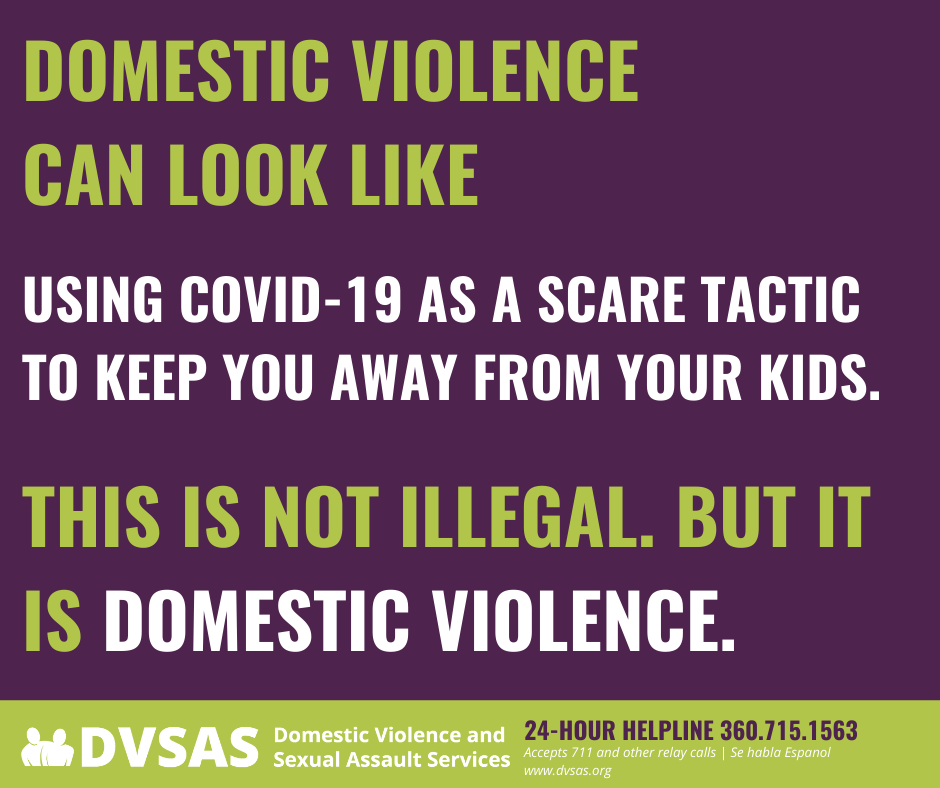 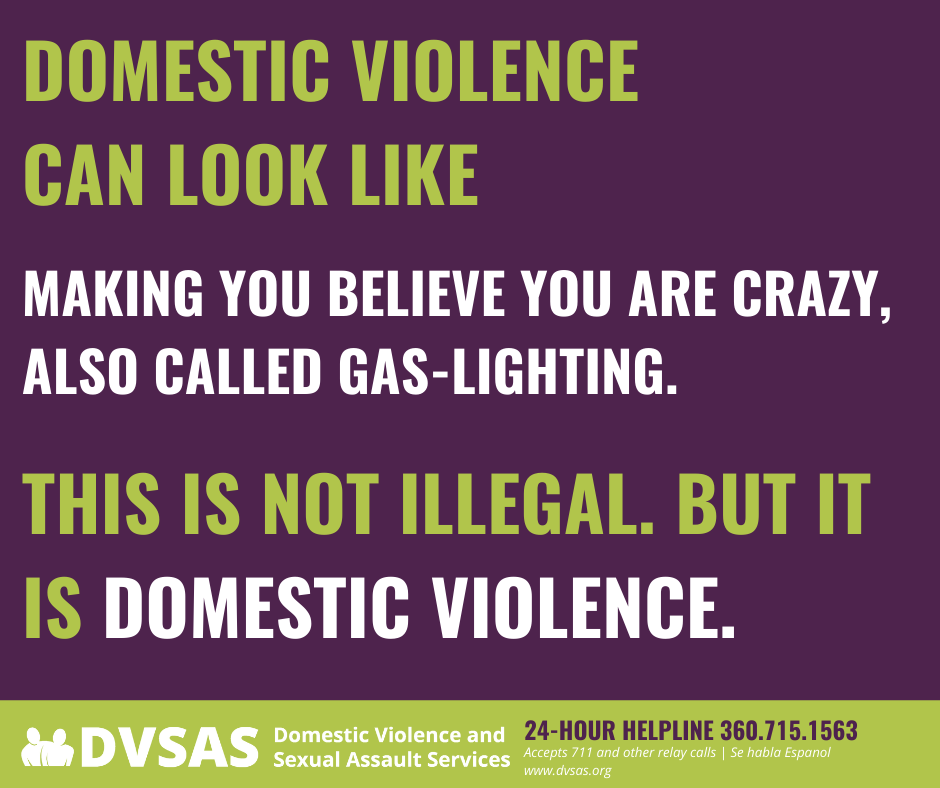